Diapers for Refugees Continues to Help Christian Refugees in Iraq 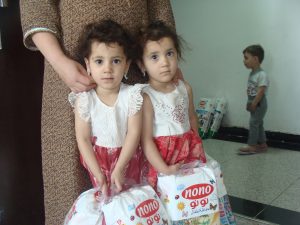 March kicked off the 2017 Diapers for Refugees delivery program in Iraq. Our ministry partners in Iraq are continuing to roll out diapers from our first distribution. In May, four more Christian refugee camps received diaper and sanitary pads.